As someone who has experienced over 70 spring seasons, it has always been a time for rebirth and renewal. Not just for everyone but especially those who loved the world of sports.

That’s what has been so difficult for us sports junkies in 2020.

Sports and spring would arrive at the same time as the IHSAA and the NCAA basketball tourneys. Just think of those Saturday afternoons leaving a big arena to sunshine and warm temperatures breaking out all over.

Then the first weekend in spring while we still had some cold temps left in Indiana, you would see the first pictures of Augusta National and the opening round of the Masters golf tourney.

Im not sure what was greener. The grass at Augusta or the green jacket given annually to the winner.

No matter which major league baseball team you cheered for, your team was starting 0-0 and in first place, at least for the first week of the season. And all 30 teams dreamed of a wonderful end of the season 6 months later.

Even though they were both winter sports, the NBA finals and the Stanley cut playoff both filled the sport fans menu in spring, as the playoffs virtually lasted from the start till the end of spring.

I had a chance to visit Boston in April and see both Larry Bird and Bobby Orr work their magic at the garden.

And oh yes, this is Indiana. So before you knew it we were talking racing and the annual running of the greatest spectacle in sports the Indy 500. The month of May we now find ourselves in would have a major story every day about the goings-on at Indy, and it would conclude with the Indy 500.

And yes high school sports in Indiana would just now be cranking up with boys and girls track, baseball and softball along with girls tennis and boys golf.

Speaking golf……it’s the one thing that hasn’t disappeared from the sports scene and I have played more golf this spring then ever, even my years playing for the Ft Wayne Concorida Cadets.

So they keep saving the end of this pandemic is near. Summer arrives in 7 weeks to lets hope I don’t have to repeat this story less then two months from now.

Heres praying you’re all safe and hoping for the best in 2020. 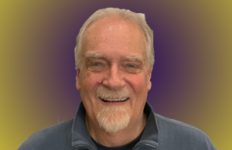 The IHSAA comments about fall sports.→